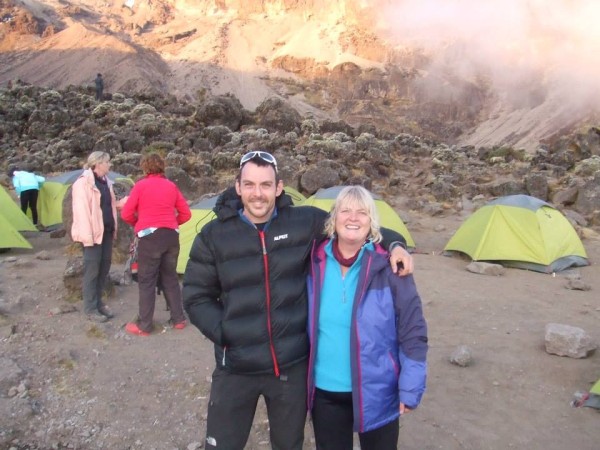 Yesterday we were delighted to find out that our friend and co-founder of Edinburgh-based kid’s cancer charity, It’s Good 2 Give Lynne McNicoll had been awarded the OBE in the Queen’s Birthday Honours list. Lynne truly is a remarkable woman doing great things for children and young people with cancer. Her list of achievements, and rightful recognition, to date include: Institute of Fundraising Volunteer Fundraiser of the Year Scotland 2009, in 2014 she was awarded the Sir William Y Darling Award for Good Citizenship by the City of Edinburgh Council (awarded to one resident every year) and last week she was crowned Fundraiser of the Year at the Evening News’ Local Hero Awards.

I initially met her after our first bespoke charity event, the Outer Hebrides Sub 60 in 2009 at my former school, Galashiels Academy, where we were collecting money for CLIC Sargent and Lynne at the time was collecting money for Teenage Cancer Trust. In April 2010 Lynne set up It’s Good 2 Give with the primary aim to build a respite centre for young people with cancer and their families. To do this she needed a minimum of £1 million to fund the build and after five years hard work this will come to fruition in July when the build of the Ripple Retreat commences.

In addition to leading the charity, Lynne has been a tireless fundraiser herself and has undertaken some amazing treks including the Sahara, Bhutan and Kilimanjaro. The photo above is still one of my favourites, taken at the bottom of the Barranco Wall on Kili and every time I see it I remember an inspiring display of willpower, graft and determination from Lynne. This year Breaking Strain Events took 22 trekkers to the Arctic Circle for It’s Good 2 Give.

So some things the Queen maybe did or did not take into consideration when deciding to award Lynne but everyone who knows her will recognise: she’s an amazing baker, she was christened ‘Mama Simba’ by the guides and porters on Kilimanjaro for her fierce leadership, she’s tireless, relentless and driven, often funny, has a second home in Edinburgh’s Contini restaurant on George Street, loves her family, she’s smashing her own battle with cancer like a champ, dislikes a certain porridge based snack (no names),  is an amazing baker (did I mention that?).