So, Tour for Tommy is over. It’s been a big part of the year for us as a company and also for the participants who took part on the whole course. Since March we’ve been planning this and we’ve been in weekly contact with the board from Tommy Burns Skin Cancer Trust, building relations and ironing out the finer details of the event. 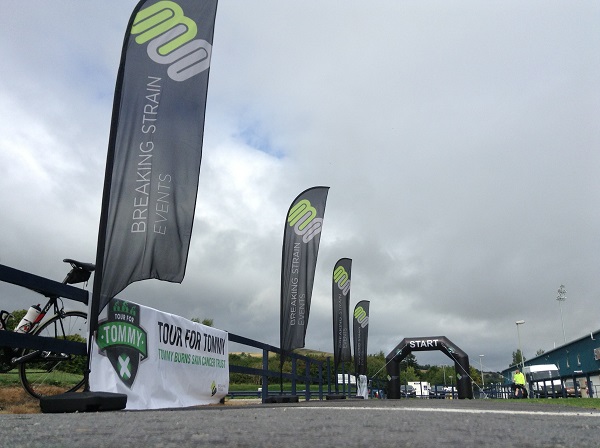 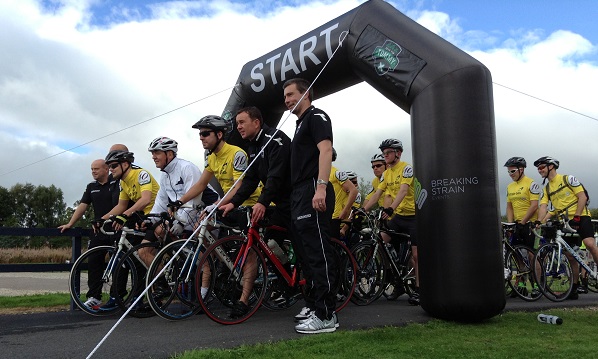 Cycling from Ross County Football Club in Dingwall (that’s north of Inverness for those that don’t know the geography of Scotland too well) the group which included ex-Celtic and Republic of Ireland goalkeeper Packie Bonner, visited all 12 Scottish Premier League football grounds (based on the 2012/13 season) culminating in a grand-stand finish pitch-side at Celtic Park in Glasgow. 380 miles over five days of cycling to raise money to buy Scotland’s first mobile skin cancer screening unit.

380 miles on a bike is no mean feat. 23 core riders supplemented with others joining throughout the five days and 25 kids joining for the final leg and all completing it with no major injuries is amazing. There were a few sore legs, couple of scrapes,  several fallers and a few crashes but overall the group got through largely unscathed (tough bunch!).

Scotland’s roads are at times unforgiving for cyclists: brutal climbs (see image below), broken tarmac, the balance between fast roads and heavy traffic and quieter roads with the occasional rogue car on the wrong side of the road at blind corners. However, when  the sun is shining with a following wind on quiet straight roads they offer amazing riding. 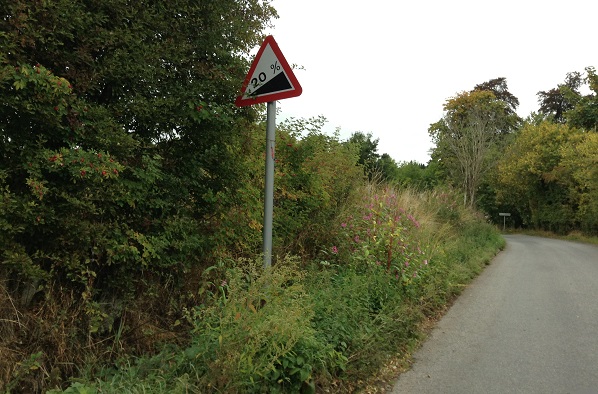 At points throughout the event there were fantastic highs and crashing lows. As an events team we have done loads of endurance events ranging from ultras in the Arctic to multiple Ironman races to long-distance mountain crossings so we recognised what they were going through. But the group got through it. It’s important to recognise this. Important for the group that they raised each other up when they had hit the wall and were having the dark moments. Not us. We facilitataed the event and provided the safety net for them to do this themselves. These are the moments and experiences that will live with them forever; that they’ll be able to recount in the pub in years to come. 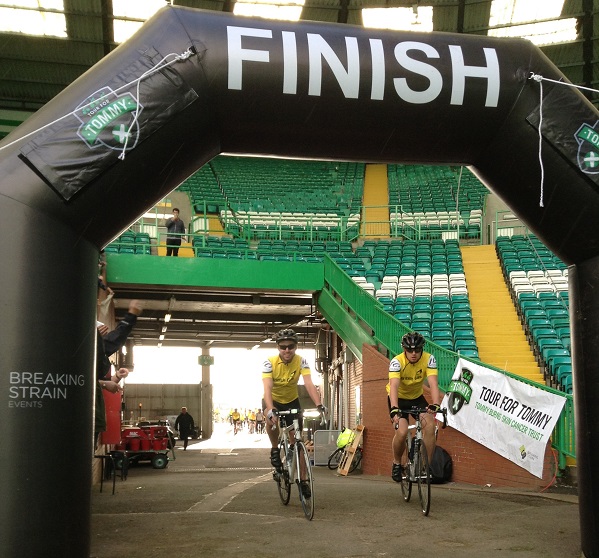 Friend’s, family and press, including Sky Sports, were there to welcome Tommy’s sons Jonathon and Michael as they led over 50 cyclists into Celtic Park in what was a hugely emotional ending to a great week. 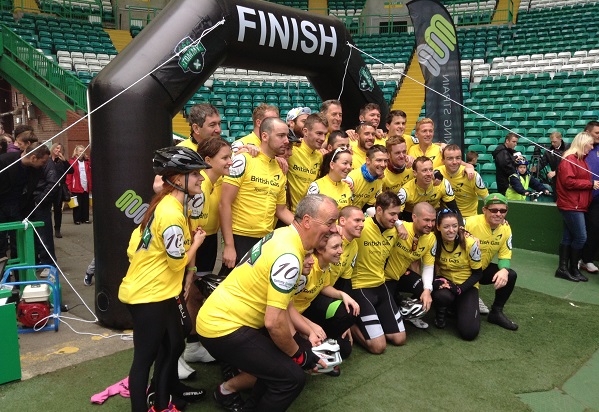 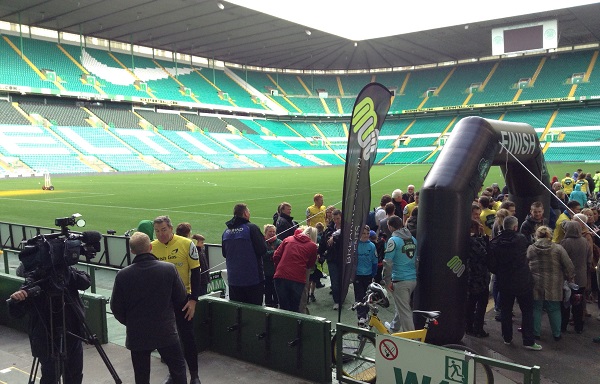 Well done to everyone involved; some amazing riding from the team. If you’d like to donate to this amazing cause please click here.  Finally thanks to all the football clubs for their hospitality during the week and especially Ross County and Celtic for hosting the start and finish respectively.