That day. Monday. Weekend’s over. The grind begins until Friday. Grimness personified. Nothing good EVER happens on a Monday. Well yesterday was different.

Myself and Garry have been linked with an amazing little charity, It’s Good 2 Give, for a number of years now. Last year I climbed Kilimanjaro with the team and this year Breaking Strain Events are putting on a nice wee cycle sportive, Pedal 4 Paul, in August for the charity and in March we take a trek to the Arctic Circle for them. Today, this Monday, they received a quite startling piece of good news. 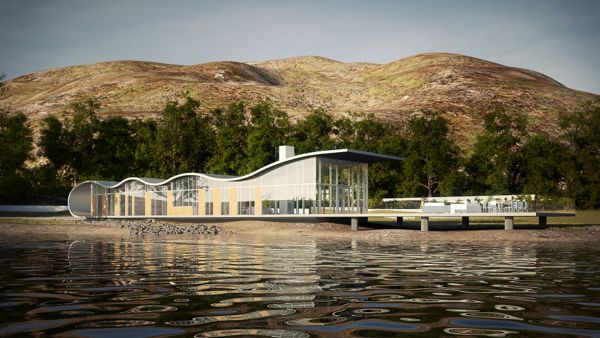 The charity led by Lynne and Ian McNicoll had set themselves the goal of raising £1 million to fund the build of a purpose built retreat for kid’s with cancer and their families. At 1.45 pm yesterday they finally received planning permission from Loch Lomond and Trossachs National Park for the build. It’s been a while coming and it’s a great story so I’ll let Lynne tell you the full story about the Ripple Retreat.

But the hard work has only just begun and that’s where you come in. The charity still need money to fund the build, get fixtures and fittings and have enough left to maintain the building for families with children effected by cancer. How about signing up for Pedal 4 Paul and cycling 47 (or 73 miles) through East Lothian? Or go one better and head out to Lapland to see the Northern Lights with us.

Lastly, we’d just like to say a big well done and congratulations to all the team at It’s Good 2 Give!