Run the Blades is the UK’s largest wind turbine run offering challenging routes over 10K, half marathon and 50K ultra marathon distances. 2017 saw the third running of the event and it was our biggest and best to-date.

Cris Walsh, from Bellahouston Harriers, set a new record for the 10K in 37 minutes 49 seconds. This is a phenomenal effort smashing the previous record by four and a half minutes. He led from the front right from the start and never really looked like losing. Completing a male and female double for Bellahouston, Janine Dickie also set a new female course record in a time of 45 minutes 57 seconds coming in tenth overall. Kieran Cooper, who volunteered for us at the 10K on Friday night, won the Half Marathon with Andrew Anderson close on his heels. Over the same distance, Susan MacRitchie demolished the female course record in 1 hour 32 minutes 16 seconds making it three new records for Bellahouston over the weekend.  Owain Williams won the 50K (52K, see below) on his first step up to ultra distance. I think there’s a load more to come from him. You can read about his race here. Finally, Emma Roberts led the females home over the ultra, coming in tenth overall.

The Run the Blades Triple

Whilst all these phenomenal performances were going on there was also the underlying thread of whether Cris Walsh could achieve the triple-triple (winning all three distances in the first three years and setting the record on all three distances at the first time of running).  Cris  has now won every distance at Run the Blades (50K in 2015, half marathon in 2016 and 10K in 2017) setting a new record each year. He currently holds the half marathon and 10K records with the latter looking pretty unassailable at the moment (happy for all to try obviously).

Performance of the weekend

Andy Taylor, who volunteered for us on Friday evening at the 10K, completed his 100th Half Marathon at Run the Blades. Well done, Andy.

Also well done to everyone who took part. A lot of focus goes on those who win events but ultimately they make up less than 1 percent of all participants. It’s true that the front runners train incredibly hard, show incredible feats of speed, stamina and fitness but does the runner who takes nine hours for an ultra expend less effort or have to battle less to get to the finish line? Especially on Saturday when it felt more like a late autumn day than the middle of July, when the wind whipped across Drumduff Hill and the rain fell in sheets, those later runners had to endure the elements for far longer.

We had 599 runners attend across the three events and each one is as important as the next. We understand that ‘elite’ runners often drag more attendees to the event by their name alone, but equally we know what it’s taken the first time runner/new dad/working mum/recovering from illness/charity runner to get off the sofa and get out the door. It’s something we’re passionate about, have discussed relentlessly and personally, I’m really uncomfortable with the elitism that sometimes surrounds the phrase ‘serious runner’. You’re all amazing and we’re always in awe of the effort that goes in whether you’re at the front, middle or back of the field. Thanks for coming. Well done. Chapeau. 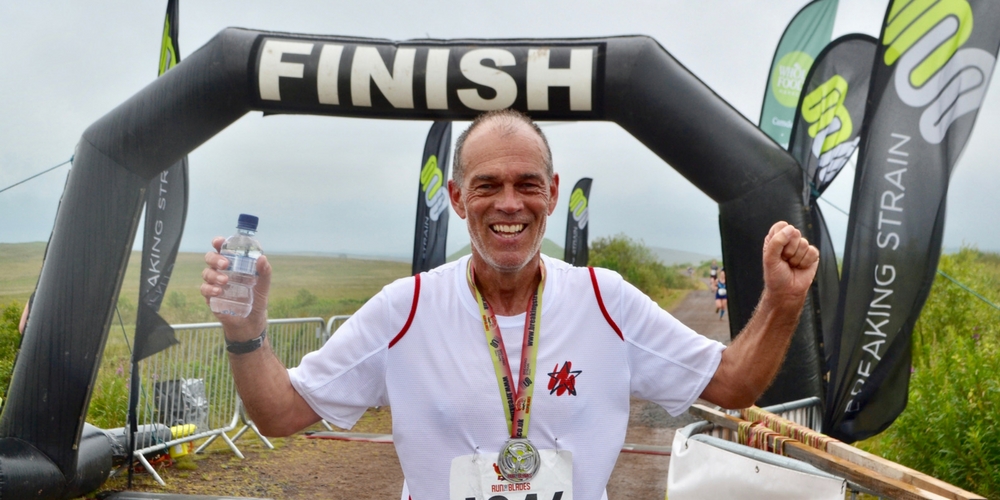 Low point of the weekend

After getting up at 0300 hours on Saturday to continue route marking the 50K I was pretty tired by about 1000 hours and needed a pick me up. Somehow I remembered that I had tea, coffee and milk buried beneath a load of gear in the boot of the car. Not-so silently high fiving myself, I set up the Jet Boil (stove) in the boot only to discover that I had handed over the final case of water at one of the checkpoints. No water = no coffee = fail.

Hardest decision of the weekend

Making the call to put the 50K over distance (ended up at 51.88K). This was a pretty tough decision but also a conscious one. The alternative was that the 50K would’ve come in significantly under-distance (47K) due to a diversion in the middle of the route. At that point we wouldn’t have delivered even the minimum distance.

Due to operational reasons on the windfarm, access to our 50K route had been blocked for health and safety reasons by the site operator which meant we couldn’t access the route we had used for the past two events. This was only discovered at 1530 hours on Friday afternoon (literally drove round a corner and were faced by the road being herras fenced off) and resulted in us having to strip the route back to a designated point and put in a diversion which meant that we lost a good chunk of distance in the middle of our route. With the 10K registration starting at 1745 hours, the route remained unsigned until I went back out at 0300 hours.

Whilst we’re frustrated that this happened, it highlights the restrictions of creating a fully bespoke route on a site like Whitelee especially where the tracks are laid out in a grid format with few cut throughs. It also shows that sometimes, despite months of consultation that things happen that need to be amended dynamically. The three main stakeholders on-site all have considerable operational investments which must take priority over a race, especially where there are health and safety concerns. We’re very grateful that we get to hold an event of this size and complexity on-site.

Our volunteers and staff. All running events, from the Olympics to the local Parkrun, rely on volunteers who give up their valuable time to make sure that you turn right when you’re supposed to turn right, who stand in the rain and wind to give you a word of encouragement and a bottle of water at a checkpoint and who hand out medals at the finish line. Without these people our events wouldn’t be quite so successful. Thank guys. 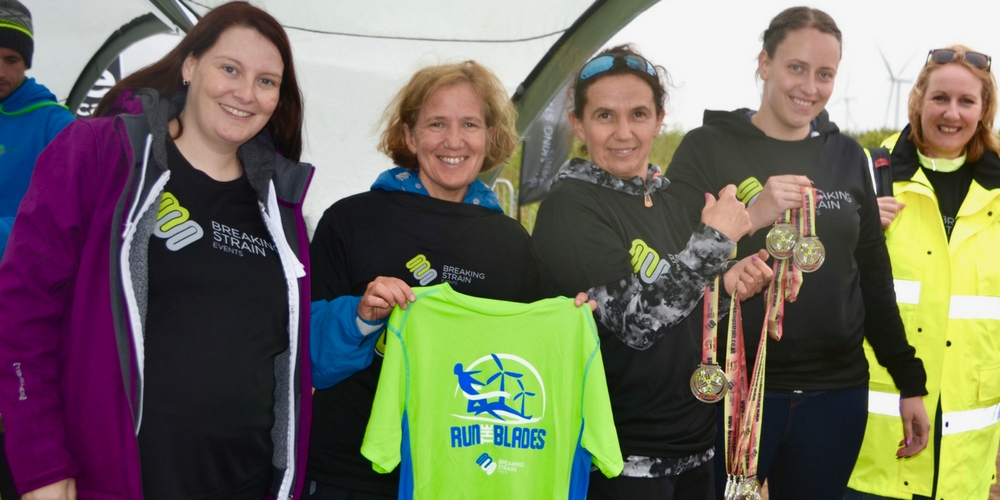 Thanks also to our amazing event sponsors. Ed from EVOSSI drove all the way up from the south of England to support the event. Our winners received either an Elevate t-shirt or Advance vest (male/female respectively). Cheers Ed. Whole Foods Market, Giffnock once again provided our amazing goody bags. Remember to check out their free weekly 5K run club every Wednesday at 1830 hours . We were also lucky to receive a pallet of bath salts from Peacock Salt which helped ease tired legs after three challenging courses. Lastly, Strathmore Water provided our water (although there was probably enough water falling from the sky on Saturday).

We’re still collecting all the photos from marshals, volunteers and from the Ranger Service but here are a few to keep you going (click on the images to expand into a gallery). We’ll put the rest in another blog and get some up on Facebook too.

We’re currently gathering feedback from all our participants, our own team and from external stakeholders to see where we can improve for next year. Run the Blades will definitely be back in 2018 and we hope that we’ll be able to tweak the event based on the feedback to make it even more awesome. If you didn’t run this year and would like to be notified about the launch (we were amazed by the number of people who contacted us after places had closed) then drop events@breakingstrain.co.uk an email and we’ll notify you prior to launch to let you know the date.

Send us Feedback about Run the Blades 2017