In February 2018, Sarah Ivory - also known as the 'Aussie in the Arctic' joined us on a Breaking Strain Events' Arctic Trek to fundraise for CHAS (Children's Hospices Across Scotland). Read on to see what she had to say about our awesome guides...

When people heard I was trekking 3 days in the arctic, I think they had pictures of a remote helicopter drop, just me, my kit, my food, my tent, a map, a compass, and my thoughts. In reality – of course – we weren’t far from road, villages, and – importantly – a hospital, at any point on the trek. We pulled only our own kit (clothes, water, sleeping bags) on our trusty pulks. But someone else was always in charge of our route, our hunger and – importantly – our safety.

These ‘someone elses’ were a team of 5 Brits and our trusty local Finnish guide (who I have mentioned on a previous post relating to Olivia’s daring and life threatening rescue… it’s getting more and more dramatic every time it’s told…).

The Brits were all current or former firefighters – 3 guides (Lee, Les and Rick) and 2 making up the ‘logistics’ team (Neil and Jo – or Firefighter Penny as my 2-year old girl now identifies her in the photos…). This was the Breaking Strain guiding team breaking strain events.

Hence, my initial question in this post: these 5 people chose a job in which they charge towards danger. Except, do they??

I’m not questioning for a moment their courage. But this was my first proper interaction with firefighters (other than the Aus vs Scot rugby world cup quarter final when – at the key moment with Scotland in the lead – our carbon monoxide alarm went off and we had to clear the house and call the fire brigade. It was a toss up between Mark and the fire fighters as to who looked more unimpressed with this situation… and then Australia won. So I probably won’t mention that again. Except that I just did 🙂 ….)

So, back to our guides. I’m not sure what I expected. Probably not adrenalin junkie crazy people living on the edge of adventure and thriving on danger and fire. But also, possibly not the care, caution, risk management, health and safety approach that oozed from their every action, decision, and instruction. And, before you jump to conclusions, still communicated with laughs, jokes, teasing (mostly of each other), and fun. (Sarah: Why are the Norwegian containers called Norwegian containers? [readers – picture a biggish, well insulated esky] Neil: Because that’s the language they speak [delivered totally deadpan])

Many of us – me included – were assessed for potential frost nip, leading to frost bite, leading to cutting off your dead extremities with a saw a la Sir Ranulph Fiennes…

We had been instructed – not encouraged or requested, but instructed – to report any abnormal feeling in the extremities: fingers, toes…. other places….

Questions: Did you ever lose full sensation? When did it start hurting? What sort of pain?

Examination: Ever heard of capillary refill? No, neither had I. Press the potentially affected area, watch it go white, and see how long it takes for the capillaries to refill and the skin to go back to normal, thereby assessing damage. If it’s over 7 seconds, you should call someone. I think. Or was it 3 seconds?? The good thing about putting your safety – and toes – in others hands is that you didn’t really need to know the detail.

So from ‘my toe feels a bit sore’ to 2 of the guides independently examining it by the fire, to them reporting to the team leader, both concluding ‘toe rubbing on boots causing soreness’ it was about 15 minutes. So Sarah stays on the trek. And Sarah’s toes stay attached to her foot.

You might think this a bit flippant and over the top. But in that situation my toe was – literally – on the line. If their assessment had been wrong, I might now be 9-toe-joe.

In my job, my most serious decisions affect grades, learning, knowledge and maybe confidence. But my decisions never affect anyone’s digit retention or indeed their lives.

So to Les, Rick, and Lee, without quite thinking about it in advance, we gave our finger and toe health, and our (cue dramatic music) survival. And they were exceptional in their job. All delivered with a sense of humour and fun.

While Les, Rick, and Lee were pretty good… the real heroes are those who cooked and delivered our food and lit those fires.

So if I had to choose between a digit or two, and Neil’s fire and Jo’s chicken and chorizo stew waiting for us at the end of a long freezing day of walking, I’d have been 9-toe-joe in the blink of an eye….

Read more of Sarah's Arctic stories by visiting her blog. 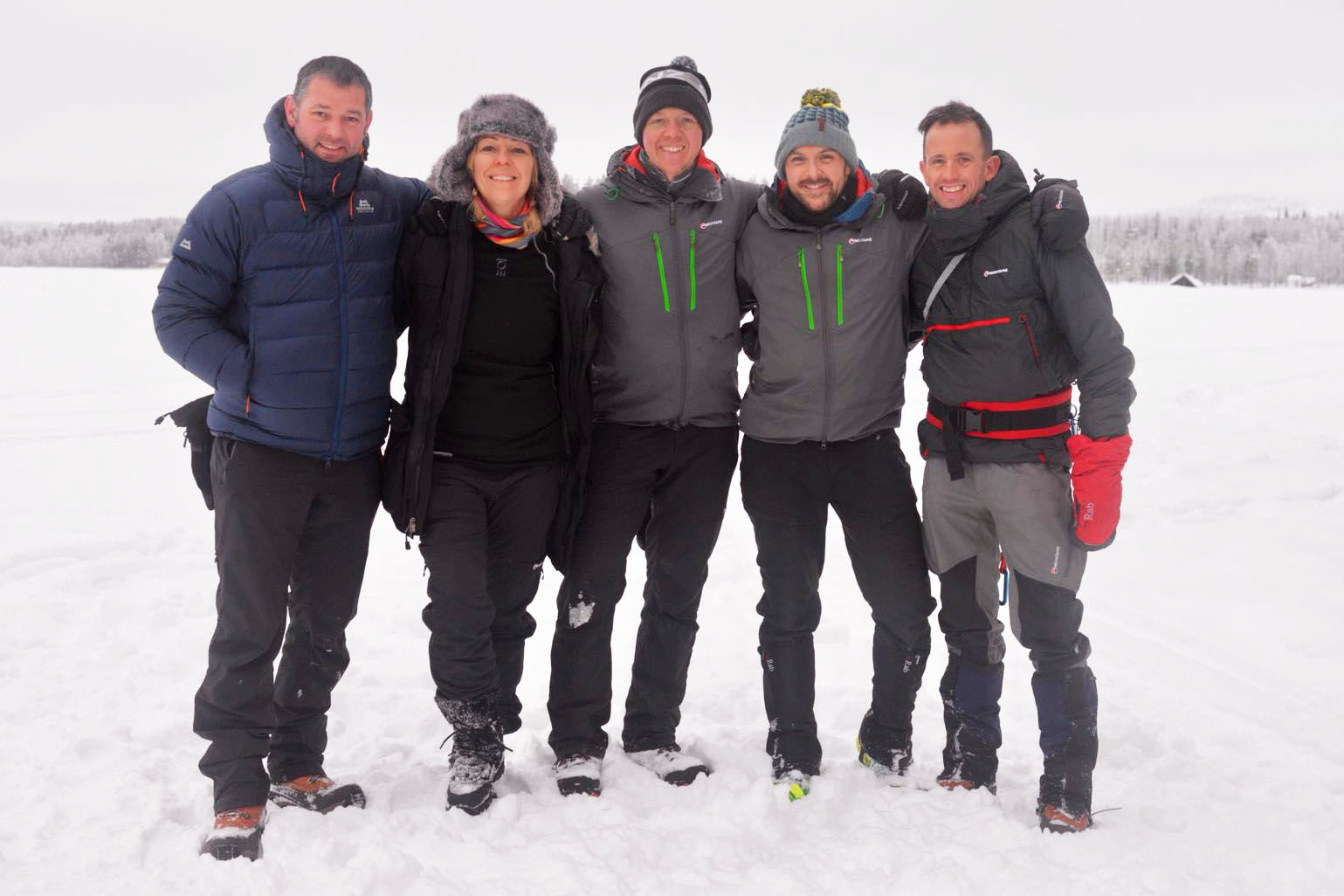